Today we talk about Samsung Galaxy Note 20 Ultra, We’ve got the S Pen here in the middle. I quite like the design of this box. We also have Note 20 Ultra5G and that is because the Note 20 Ultra is only available in a 5G variant. All right So excited. Presented with the device first of course and it is in the mystic color, which looks so good.

Now we’ve got the usual bits inside the box, we’ve got a quick start guide, there’s a SIM card tool, a USB type C to USB type C cable, some AKG USB type C earphones which do have a braided cable as well as a 25-watt fast charger.

Yeah, I think that the right word, elegant. Now, this is also the first smartphone in the world that has Gorilla Glass7, which is more durable. I’m not really going to do that, this is my device. We’ve got an aluminum frame, looks really slick. And then there’s this camera module which does protrude quite a bit. It is quite a big camera bump. 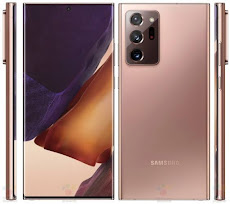 Now looking at these side by side, the Note 20 Ultra, the camera bump isn’t as wide but it is slightly taller and it is thicker. However, the device is thinner. So overall, I’d say that the Note 20 Ultra does feel a bit more comfortable for me. Now we’ve still got IP68water and dust resistance, which is great. And the Notes has the squared-off edges, which we’ve seen from the Note series before, makes it really stand out and look unique amongst everything else out there.

And let’s turn this around and have a look at the display. And here it is guys, this looks so, so good. It’s a 6.9-inch Dynamic AMOLED 2X display, that’s what Samsung calls it. And this has a peak brightness of 1500 nits which makes it one of the brightest if not, the brightest smartphone displays out there.

\And we do have a quad-HD+ resolution, so it’s a very high pixel density. But I think, more importantly, we do have a 120-hertz refresh rate. Now, this is only going to work at full HD. So you can’t have QuadHD as well as 120 hertz on at the same time.

I generally don’t have any problems with the ultrasonic in-display fingerprint scanner. Although I was hoping for the 3D Sonic Max. Maybe we’ll see that for the next generation. Also within this display is the front-facing camera. Now, this is a punch out. I really don’t mind the punch out because the bezels are varied.

Oneplus Nord Review, Worth It! Should you Buy?

It is a 10-megapixel front-facing camera with an F2.2 aperture, can film at up to 4K 60 frames per second. But what we’re most interested in is the cameras on the back. That’s all-new on a Samsung device not having fingerprints when you turn it around.

I love this color. anyway so on the rear-facing camera is where we’ve really had some changes. The camera module, Ido likes the look of it, it looks much better in my opinion to what we had on the S20 Ultra and we’ve got three different lenses. The primary camera is the 108megapixel sensor from Samsung. It has been refined from what we had on the S20 Ultra And this time we also have a dedicated laser autofocus sensor, and that’s going to help with autofocus. The S20 Ultra did have some issues with autofocus, which a lot of experience and although some of these were improved with software.

Having the laser autofocus hardware on here should make things much better. We have a 12-megapixel ultra-wide camera. And finally, we have a telephoto scope zoom camera. This is again at 12 megapixels, and it can give you up to five times optical zoom, and up to 50 times spacesuit, that’s what Samsung calls it. It’s essentially a digital zoom. Now that’s improved on the four times optical zoom that we had on the S20 Ultra. For video:, we do have 8K once again adds up to 24 frames a second. And we do have some improvements to the software. So we’ve got to the pro video app, which is going to allow you to do a few different things. 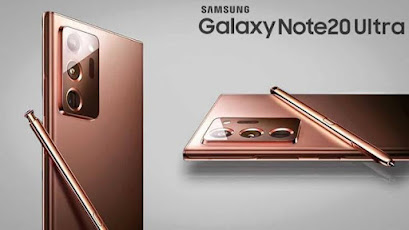 You’re going to be able to get a much smoother zoom rather than just having to snap. So if you are filming and you want to get more of a cinematic zoom, you’re going to be able to do that. And we’ve also got some improved audio recording options. So you can select mic front-rear, you can also plug in an external USB C mic, and there’s also Bluetooth. If you’ve got those plugged in, it can actually pick up the audio from there. So if you are in a noisy environment, then that should help kind of clear out a lot of that background noise. Moving on, let’s take a look around the device.

So on the right-hand side, we have the power button as well as the volume buttons. There’s actually nothing on the left-hand side. At the bottom, there is a USB type C ports. There’s a speaker, which is one of two, we’ve got another one in the earpiece. So we do have stereo speakers tuned by AKG, which sounds really good. And then we have the S Pen. Now, this is on the left-hand side, not the right-hand side. But it’s really what makes the Note series unique.

Honestly speaking, the only thing I really use it for is as a remote trigger for the camera, which I find very, very useful. If you want to take a group shot and you don’t really want to be using a timer and quickly running across, just having that S Pen is so useful. And this S Pen has been improved, we’ve got latency down to nine milliseconds, which is, I believe the smoothest writing experience that you’re going to get on a smartphone. And there are also some new features such as improved handwriting recognition, as well as the ability to import and annotate PDFs. 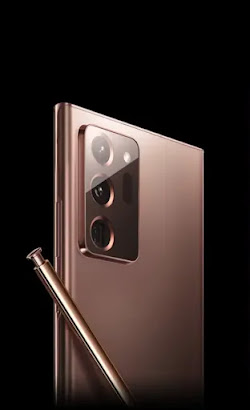 On the top, we’ve got the SIM card tray, which does have space for a micro SD card, so you can expand the storage on the Note 20 Ultra which is great. And that is on top of the base storage, 128 gigabytes, 256 gigabytes. And you can also get a version with 512 gigabytes and powered by a 2.4GHz Exynos 990 Octa-core processor. We do have 12 gigabytes of RAM and the battery is 4500mAh. Now I would expect good battery life here because of the adaptive refresh rate. We do have support for 25 watts charging. We get wireless charging as well as reverse wireless charging support. So you can charge things like your buds on the back of the Notes 20 Ultra. 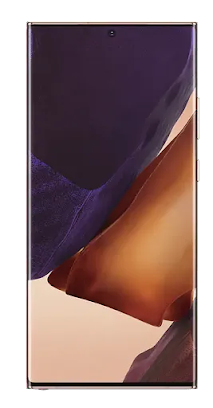 For software, Of course, we have Android 10 with one UI. And the note 20 Ultra does come with an ultra-wideband chip inbuilt. This should allow faster transfer between other devices that also have an ultra-wideband chip. And going forward, it should help with things like unlocking your car. I’m not too sure what the benefits will be long-term. So we’ll take a look at that. And we also have support for wireless decks. So you’ll be able to connect the Note 20 Ultra to an external display as long as it supportsMiracast technology, and you’ll be able to have somewhat of a desktop experience on that external display.

Google Pixel 4a, Every Thing You Want To Know! Specifications

Previously, you had to use a cable of some sort to have this connection, and having that completely wireless is obviously a big, big advantage. Now let’s talk about the price. So the S20 Ultra in the UK is going to be starting at £1180, which is for a 256-gigabyte option. And in the US, it’s going to be starting at $1300 for the 128-gigabyte variant, and in India Rs 1,04,999 for the 256GB storage model, in India, and 21 August in another region. It’s available on 28 August. Are you going to be picking this up and what additional coverage would you like me to do with the Note 20 Ultra? Do drop me a comment below and let me know. If you like it, then share and subscribe to our newsletter, We will meet soon.